Will Azize, who is stuck in the corner, regain strength? 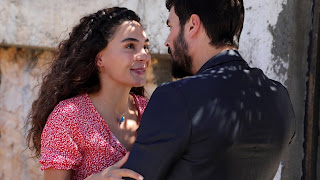 As the hostility between the two families increased with Azat's shooting, the mysteriously emerged Aslan took the blame and dragged Azize into a great panic. With the arrival of her only grandson, whom she raised out of sight, Azize seeks ways to send him back.

Reyyan, who saw the moment that Azat was shot with her eyes, is in shock. She cannot make sense for Miran to do such a thing when going away until she talked to him. It does not take long for her to learn the facts and stand by Miran, but her exams are much bigger this time. Because the whole family, including Hazar, agrees that this marriage must end immediately. After all these experiences, will Reyyan face her family and go with Miran? Is Aslan Aslanbey a friend? or is he the enemy?