What will happen in Ada Masali Episode 3 ?:

In Episode 3 of Ada Masali Turkish Series, the worrying state of Haziran (Ayça Ayşin Turan), who thinks that Hakan (Cem Anıl Edge) talked to Poyraz (Alp Navruz) and explained everything is concerned. At the same time, İdil (Beril Pozam) does her best to get Haziran out of Swallow Island. It signals what to do.
Learning that Hakan has come to the island, Haziran faces the danger of revealing the big secret she kept from Poyraz. At the same time, Hakan discovers that Selma's (Nihan Büyükağaç) niece is Haziran. Idil, who is disturbed by Haziran's every move and provoked by Hakan, underlines that she will leave this island, while what Idil will do for this cause remains a mystery.
While Haziran always feels on edge with Poyraz after Hakan's arrival on the island, despite all the disagreements they experience, Haziran and Poyraz cannot remain indifferent to the attraction between them as they spend time.
While the preparations and rush for the engagement party to be held at Haziran and Poyraz's hotel continue. Melisa's (Merve Nur Bengi) words that the Island's new inhabitants will eventually leave the Island, but that the islanders left behind will no longer be the same people affect Poyraz.
Hakan, on the other hand, is making plans to stir up trouble again. Haziran is very surprised to see Hakan in front of her. Hakan's unpredictable attitude puts Haziran in a problematic situation. Meanwhile, Eylul and Adar's engagement party is approaching. So naturally, Haziran wants every place to be decorated with flowers. However, when Haziran goes to the Island's only flower shop, she realizes that Idil has already purchased all the flowers.
Having to fight with İdil for flowers, in the end, Haziran finds herself on a journey with Poyraz. When everything is ready for the party, the young engaged couple gets into a big fight; Haziran learns that something Poyraz said caused the fight. Poyraz, on the other hand, considers himself significantly justified.
Witnessing the moments when Hakan and Haziran meet and argue, İdil realizes that the duo is hiding something from Poyraz and signals that she will do her best to reveal this situation. While the moments when Haziran can't control her tears do not go unnoticed. Poyraz again comes to the aid of the young woman. While the duo is trying to solve this problem, Idil is about to learn the secret of Haziran.
Summary: With the approach of the engagement party, the first organization of their hotel, Haziran's stress increased. Despite all the obstacles she faced due to İdil (Beril Pozam), Haziran created a successful organization with the help of Poyraz. While Hakan's (Cem Anıl Edge) presence on the island continues to make Haziran uneasy, İdil is convinced once again that the two have met before, witnessing the arguments between Haziran and Hakan. Despite all her efforts, Poyraz did not leave Haziran alone, who burst into tears when she learned that her mother had put their house up for sale. In the final scene, when Haziran and Poyraz got closer, breaths were held.
In the preview scene broadcast after the second episode. İdil bought all the flowers in the flower shop when Haziran needed flowers for the engagement organization. While Idil tries to convince Haziran of her embarrassment about this situation, she offers her flowers. However, the scene that Haziran encounters shocks the young woman.
Bringing together the love story of Haziran and Poyraz, which started with disagreements and conflicts on the Swallow Island, looking at life from different windows, 'Island Tale' appeared on Star TV screens with its new episode last night. The episode of the Turkish series, which has already created a solid fan base with its colourful characters and heartfelt story, again attracted great attention.
The first episode of the Ada Masali series also had average rates. However, there was a jump in the second episode, and the interest in the series almost doubled. Star TV's gaining many new viewers by broadcasting the series' reruns at different times after the first episode was also an essential factor in the increase in the rating.
The rise in ratings and the creation of a strong wave of interaction on social media was a significant indicator for the course of the series Island Tale.
The series finished the day in 4th place in the total category and ABC 1 groups. Ranking 6th in the EU group, the Star TV series managed to surpass its rival Baht Game on Kanal D in all categories.

Idil to Haziran : I was annoyed when Poyraz said it, believe me
Idil: If I knew that you need help
Really I wouldn't even buy that much
Idil: Unfortunately we both needed it on the same day.
Haziran: Yes
İdil: I thought you would buy a cactus for your house, otherwise I don't want anyone
Idil: Infact I would never want to sacrifice someone who come to our Island
Haziran: I know Idil thank you
Idil: What should we do ?
In order for the opening of our library without interest the important thing is that the organization is orderly
There is only one thing
How do I tell you I don't know
Haziran: What happened?
Idil: Enter the house

Haziran to sadik: Have you seen Poyraz?

Sadik to Haziran : yes I saw

Haziran to Sadik : Was he angry?

Like, Does he have horrible expressions on his face or something

Sadik: yes there was

Haziran aunt: Yes, will handle with my niece

Hakan: Haziran is your niece?

Haziran aunt: she is my niece of course, did you meet her
Hakan : Yes

Idil to Hakan: I will write it here that the hotel will be closed and the girl will leave the island

Haziran to Poyraz: it will be very difficult, but we will overcome it together

Poyraz to Haziran: I will not interfere, I am not the type of man for this business, you know it

Haziran to Poyraz: you go and destroy that wall right ?
Because you are the man of that type of work.

Gorkem: This man weaked you, you are hurt girl.

Hakan to Idil: When Haziran came to the island it is as if a fairy came

Idil: Life makes a person to do what that person would never do

Hakan to Idil: it can’t obligate me to do it

Idil: You trust yourself too much

Hakan: I trust a lot
Link: where and How to watch Ada Masali Turkish Series full with English subtitles.

Haziran: Will you wear T shirt?

Poyraz: Do you have an objection?

Haziran: It's just, I just dreamed of you in a jacket

Melisa: They all will leave and we will stay
but I think we won't be the same

Gorkem: Love, foresight, Intrigue
This is everything that it makes

Eylul:
Take a look, do you think it looks like me?

Haziran: No, the girl is right, what would happen if we would have tried a little bit more?

Hakan: Tonight is the night that will be an unforgettable night on this island.

Haziran to Hakan: What else did Poyraz do to you instead of good?\

Hakan to Haziran: I don't have to tell you anything, ok

Haziran to Hakan: Because you are ungrateful

Hakan to Haziran: As if you were so good, Haziran right?

Idil to Hakan: You with that girl are planning things behind Poyraz back. You are lying to him. I will expose her, don't worry 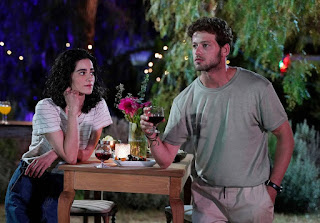 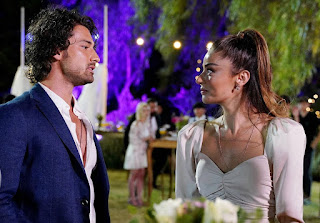 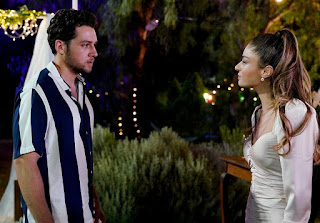 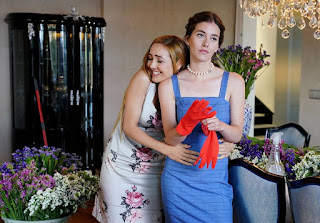 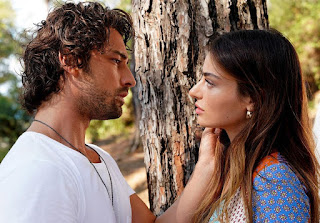