What will happen in Ask Mantık Intikam Episode 6?:

In Episode 6 of Ask Mantik Intikam, Ozan sees Cinar and Esra. He thinks that Cinar is proposing to Esra, as Cinar held Esra's hand to console her. Esra notices the presence of Ozan. He thinks something is between them and leaves there in disappointment. Esra cannot prevent Ozan from going. Ozan has vanished into secrecy. While everyone is looking for him, Esra finds Ozan in his new house.
While Esra is trying to explain to Ozan that Cinar is just her friend, there is nothing between them. Ozan expresses his anxiousness about Cinar holding Esra's hand.
The new wedding campaign wants the company CEO to be the brand's face as he is at the top of the credibility surveys. While Ozan doesn't want to get involved, Cagla has already promised to take part in the photoshoot together.
Ozan and Çağla will be the bride and groom in the photoshoot for charity. Although Esra does not like this situation, she has to work on the set.  However, some setbacks will cause some sweet and bitter surprises on set.
Cagla does not arrive for the photoshoot as she gets sick. While in search of someone new, Cinar suggests Esra take part in the photoshoot. Esra comes out beautifully in the wedding dress. Ozan and Esra become the face of the campaign.
While working on the stage, Ozan injures his head while preventing Esra from getting hurt. Ozan is hospitalized. Esra stays by his side the whole night. Finally, Cagla asks Esra to go home as she is there to take care of Ozan. When Ozan opens his eyes, he finds Cagla by his side.
Yalçın gets depressed when Menekşe and Zümrüt break the smart glasses he designed. However, with the encouragement of his family, he decides to remake the glasses. For this, it is essential to find a notebook. Unfortunately, the Ertem cannot find the notebook. No one knows yet that the notebook is in Zümrüt's hands.
Cinar finally tells Esra that he is in love with her. However, Esra feels that Cinar is just sympathizing because her situation ignores him.
Ask Mantik Intikam Episode 6 releases on July 30 on FoxTv at 20:00. Ask Mantik Intikam Episode 6 with English Subtitles releases on @AyishaThousif channel of Telegram Messenger app. While you wait we provide you with some news bytes from the sets of Ask Mantik Intikam.

Link: Ask Mantik Intikam Episode 6 Trailer 1 with English subtitles on YouTube
Ozan: What was that situation?. Tell me

Esra: You saw me with Cınar. You misunderstood it.

Ozan: A man was holding your hand, your hand.

Esra: Ozan, I am saying that, Cinar is my friend

Ozan: Your friend was holding your hand.

They are like the prince and princess from fairy tales.

Çağla: once I left you and look what happened to you

I won't leave you alone again

Ozan: it's good that you are

Cagla: it's good that you exist

Link: Ask Mantik Intikam Episode 6 Trailer 2 with English subtitles on YouTube
Cagla: They want to see our CEO, who is at the top of the credibility surveys, in the campaign.

Ozan: Don't mess with me this time.

Cagla: Ozan is too late because I promised that we would take part in the photo shoot together.

So we will find someone new, we will adjust the wedding dress according to his size.

Cinar: Congratulations to our new bride.

What a beauty, bro, find an excuse, I'm wearing the groom's suit.

Do you look at each other with love? Lovingly, willingly, sincerely.

Esra: You'll have to take good care of me, even if it's a lie.

Ozan: It's not something I'm not used to, looking at you well.

Esra: I'm sorry, it was like I just stepped on it, but what would you say?

Aşk Logic Revenge is on FOX with its new episode on Friday Night! 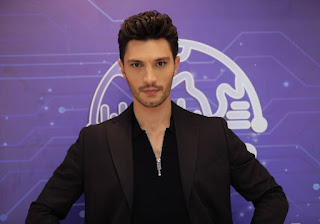 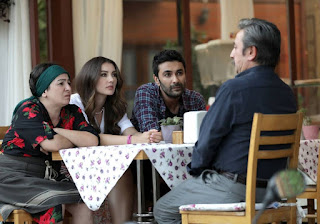 The most successful summer Turkish series, Aşk Mantık İntikam, emerged with behind-the-scenes footage. It would not be wrong to say that the most successful series on the summer screen is Aşk Mantik Intikam. The 5th episode of the series, broadcast on Fox TV on Friday, July 16, won first place in all categories and achieved the best results of the summer of all sorts.
The story of the Turkish series, in which Burcu Özberk and İlhan Şen took the leading roles, and in which Burak Yoruba and Melisa Döngel successfully accompanied them, was also very popular. In addition, the shooting of Love Logic Revenge, adapted from the South Korean-made Cunning Single Lady series, was revealed with behind-the-scenes footage.
It was reflected in the footage that the shootings on the set were very entertaining, and the actors were in close communication with each other. For example, you can see from the video that Burcu Özberk and Burak Yörük were in warm contact and had a lot of fun on the set, especially in the behind-the-scenes footage.
The energy of the set is also very high. Of course, there are experienced players in the squad, which is made up of young names, but young people stand out more.
The actors, who put in a lot of effort during the shoot, are having fun moments between sets. In the images, where İlhan Şen looks more serious, Burcu Özberk's statement, "This is the sweat of their brows, is their bread", draws attention.
You will also like Özberk's cheerful and restless moods on the set. You can see what happened behind the Love Logic Revenge TV series scenes from the video below.
Link: Where to watch the Ask Mantik Intitkam Turkish series Online with English Subtitles