What will happen in Sen Cal Kapimi Episode 46?:

In Episode 46 of Sen Cal Kapimi Turkish Series, Eda feels lucky for being with Serkan at the time of difficulty and says it's good he was with them. Serkan will be with Eda and Kiraz from now on will face the challenges and happiness together.
Aydan has a secret to reveal. Kemal is the father of Serkan Bolat. Kiraz learns Kemal is her grandfather and tells Serkan Bolat. Serkan constantly denies to Kiraz Kemal is not her grandfather.
Aydan wants to tell Kemal and Serkan simultaneously, like killing two birds with one stone. Ayfer secretly learns Aydan's secret. Aydan shares her difficulties with Ayfer thus improving their past relationship. Therefore, the Episode 46 of Sen Cal Kapimi Turkish Series will revolve around the secret of Aydan's past mistake and how will it be revealed to Serkan and Kemal.
Eda and Serkan have to paint a harmonious and happy couple portrait to send Kiraz to a good school. The big rivals against them are none other than Engin and Pırıl. At the end of this great struggle that started with the game, of course, the winner is love. Serkan and Eda remove all the borders between them.
Sen Cal Kapımı episode 46 with English subtitles is streaming @AyishaThousif channel of Telegram messenger app without ads and pop ups.

News Bytes from the sets of Sen Cal Kapimi:

According to journalist Birsen Altuntaş's writing, Ayşe Akın, who starred in the Turkish TV series Sen Çal Kapımı, starring Hande Erçel and Kerem Bürsin, is leaving the series. Ayşe Akın joined the cast of Sen Çal Kapımi second season. It was announced that Akın, who plays the role of hotel manager as Deniz, will leave in the ninth episode of the second season.
Born in Belgium, the young actress was selected as the Miss Brussels in the beauty contest she attended when she was 18. Ayşe Akın, who is also a singer, has previously appeared in the Turkish TV series Humanity Crime and Early Bird.

Link: Sen Cal Kapimi Episode 46 Trailer 1 with English subtitles on YouTube
Eda to Serkan: it's good that you were with us.
Serkan to Eda: From now on I will be here and we will face those things together.
Eda: Look at that cuteness.
Serkan: At me?
Eda: Can you be cute?
Those are we?
Kiraz: You, mom, me
Eda: There is one more person
Kiraz: My Brother
Aydan: I want to tell it to Serkan and Kemal at the same time
It will be like killing two birds with one stone
Ayfer: Life like in series
Serkan: Mr. Kemal is not your grandpa
Kiraz: No, he is my grandpa
Seyfi: Anyway it looks like the upcoming episodes of this series will be detective
Aydan: what have I done anyway?
Ayfer: You did something
Aydan: I did good, he did it, we have that handsome son
Serkan: Now, If you allow it I would like to do something

Link: Sen Cal Kapimi Episode 46 trailer 2 on youtube
Peril: We will send Can to a school with a mixed education system.
Eda: What school?
Serkan: Private school
Peril: They invited us to audition,
Kiraz: Mom, can I go too?
Eda: Since there is only one quota, may the best one win!
Interviewer: What is your partner's biggest passion?
Peril: His job
Serkan: My wife We are
expecting a great dance performance from you, where you will prove your
harmony tomorrow
Peril: You are not even married, we are married like a door!
Serkan: They're looking kiss me kiss me - Don't exaggerate!
Eda: He loves it very much - Serkan...
Serkan: When did you delete it?
Eda: A few months ago
But I moved it to a different place
To a place that is not yet seen...
Serkan: I need to see that tattoo 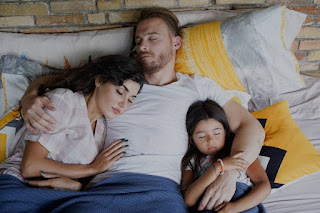 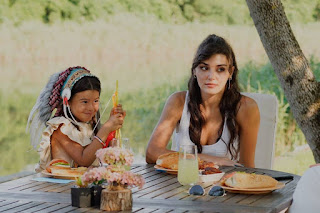 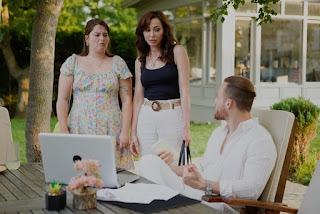 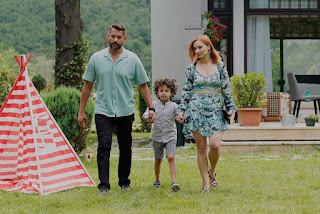 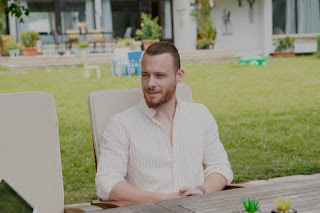 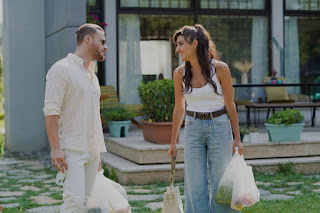 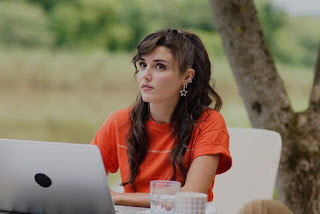 Link: where and How to watch Sen Cal Kapimi Episode 46 Turkish Series full with English subtitles.