What will happen in Ask Mantik Intikam Episode 11 with English Subtitles?:

In Episode 11 of Ask Mantik Intikam Turkish Series, In Episode 11 of Ask Mantik Intikam Episode 11, Cagla has accepted Ozan's marriage proposal. Cagla announces the news in the company. Esra is devasted after watching Cagla and Ozan hand in hand and by hearing the news of their marriage.
Esra, who is shocked by Ozan's marriage proposal to Cagla, questions him about the promises he has made for her?. Finally, Esra tells Ozan that he can't leave her like this after giving the word.
Ozan asks Esra how does she feel when a person leaves whom she loves. Esra is devastated by Ozan's response. Ozan has taken his revenge by making it equal.
Summary: When Esra hears that Ozan is planning to marry cagla, she is startled and upset. When she attempts to comprehend what's going on with Ozan, she confronts Ozan's strict behaviour. Esra, who gave her career a new path with a spur-of-the-moment choice on top of it all, flees from the city to get away from Ozan, but the circumstances that unfold force Esra to find herself in everything she was trying to avoid.
Esra discovers that Ozan's hasty marriage choice sprang from a misinterpretation of her chat with Zeyno. Esra takes action because she believes Ozan should know the truth. Will Esra, on the other hand, be able to tell Ozan the truth?
Ending: While Ozan, Esra, Cinar and Cagla were a Cinar’s house, Cinar’s father insists Esra join the dinner with them as well. Cinar’s father asks for the reason for the tension between Ozan and Cinar. Ozan clears it that it has both to do with the Cinar taking the position in the company. Ozan leaves the table at the same time Esra gets a call from Zeyno. Zeyno has learnt the reason behind Ozan’s behaviour through Musa. Zeyno tells Esra that he has heard their conversation about taking revenge and have misunderstood.
Esra talks to Ozan about the misunderstanding and tells him that there is no turning back. Esra tells him not to deceive Cagla by luring her that he loves her and hiding his marriage truth from her. Meanwhile, Ozan tells her that game is too long and tells everyone about his marriage with Esra. Tells everyone that Esra is his ex-wife.
Ask Mantik Intikam Episode 11 releases on 3rd September on FoxTv at 20:00.

Ozan: What work do you have here?

Esra: What am I doing here?

What can I do here?

What are you doing, Ozan?

What are you doing?. Did you go crazy?

You can't leave me like this, a person that you gave a word, that you were talking about future children

That you will be by my side this time, that you won't leave me, you promised that to me!

Ozan: How is that?. How does it feel to be left by a person you love?

Now we are even

Cagla: We have news for you
After all, we are like a family and we wanted to share that happy news with you first
We are getting married
Esra: I believed everything you said
I thought that your feelings were real
But it wasn't like that
So something happened, what can we do?. Esra became fool
Fool Esra, what were you thinking about when you trusted him?
Ozan: Okay, Esra
Esra: What ok?. I don't want to go, let me go
Ozan: Esra...
Esra: Ozan, I wanted you to love me again, I wanted you to love me again
I still want it
Ozan: Esra

Ask Mantik Intikam Turkish Series starring Burcu Ozberk and Ilhan sen, which is doing extremely well on social media and With positive ratings. The series' social solid media participation took on a whole new significance.
While the series was going amazing, an allegation about it caused a hitch. The Love Logic Revenge Turkish series, according to this rumour, would finish with the summer season. Naturally, this rumour generated quite a stir among the series' fans.
Love Logic Revenge will, however, continues in the winter season, according to the reports from Fox TV. In reality, we will most likely see this in the channel's new season promotional video, which will be shown soon.
According to a report by writer Birsen Altuntaş, the new season promotional video for Fox TV would be shot on the Istanbul subway. The shows Forbidden Apple, Love Logic Revenge, Lawless Lands, Liars and Candles, Hand Girl, and Everything About Marriage, which will air on the channel this year, will travel the subway one by one at each stop. The Fox TV building will be the final destination.
The Love Logic Revenge series will be renewed for the following season on Fox TV, according to this news. So far, nine episodes of the show have aired. The tenth episode will air at 20:00 on Friday, August 27.
In the 10th episode, the following will happen: The relationship between Esra and Ozan will develop. However, Çınar and Çağla will do their best to change this situation. The details of Ozan's marriage proposal to Çağla, which is reflected in the trailer of the series, are also very curious. 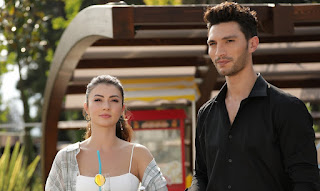 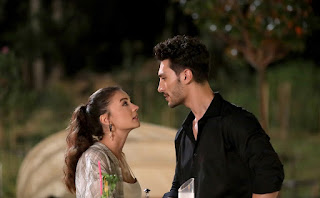 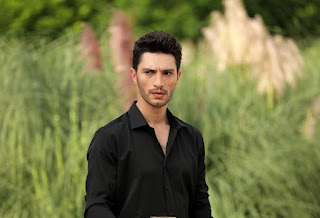 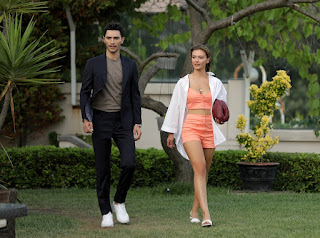 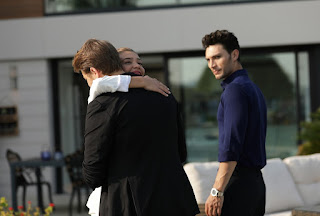 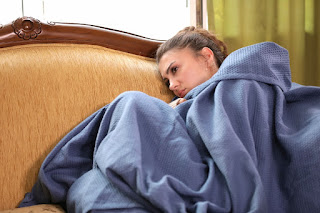