What will happen in Bas Belasi Episode 9 with English Subtitles?:

In the ninth episode of the Bas Belasi Turkish series, while Doruk was shot and taken into surgery, İpek blamed herself for what happened. Seeing İpek's sadness, Şahin consoled İpek, while this process brought the two closer to each other.
Leaving Nermin in the hospital at the head of Doruk, İpek and Şahin started to investigate a suspicious death together with Umut. Unraveling the secrets behind the death of the teenager, who was found at the bottom of a cliff, was not easy. However, Şahin did not leave İpek, who was deeply affected by the murder, alone.
Nermin, who was anxiously waiting for Doruk to come to his senses, faced the fear of losing him, and by realizing her feelings, she decided to give her relationship with Doruk a chance. However, this situation had to be kept secret as the eyes of all security were on the two of them. Moreover, Yener Amir demanded that Doruk's shooting be investigated, and a report be obtained from İpek.
Şahin shared with İpek the information about the 'Network' given to him by the deputy prosecutor. Following the clue together, the duo went to the house of a businessman who would enable them to reach the 'Network.' İpek and Şahin, who had to pretend to be a married couple to break into the house and do research, managed to get a new key. However, İpek and Şahin were shocked when this businessman they were after was killed by Şebeke's operation.
Bas Belasi Episode 9 releases on August 13th on ATV at 20:00. Bas Belasi Episode 9 with English Subtitles releases @AyishaThousif channel on Telegram Messenger App without Ads and Pops.


Link: Bas Belasi Episode 9 Trailer 1 with English Subtitles on YouTube
Shahin: Can we talk outside?
Talk here, invite your friend at the door to the table.
Why is she standing there like a doll?
Shahin: No no. He didn't come here.
Ipek: So we came to the wrong coffee house?
But here is written as the address.
Ipek: Mr. Şahin, what are you doing?
Yener: A good cop doesn't lose control, Ms. İpek.
Doruk's interest in Nermin affects his professional decisions.
Do you think I don't know all these?
Shahin: What are you laughing at now?
Ipek: I like the way you explained. 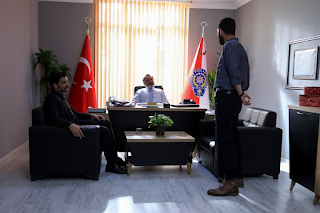 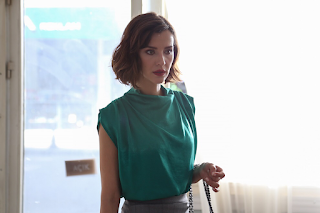 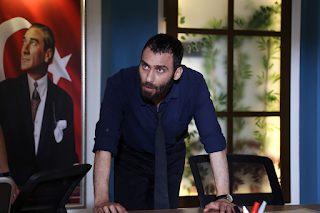 Link: where and How to watch Bas Belasi Episode 9 Turkish Series full with English subtitles.